Pregnancy is a great time to blossom, glow and beam. And also a time to break out, swell, get dizzy and belch among other things. Some females experience a symptom of much saliva during pregnancy especially when they are having nausea. A few females will produce so much saliva that they require spitting it frequently. Excessive salivation is also referred to as sialorrhea or ptyalism and while it is an unpleasant symptom, the good news is that it does not affect your baby.

What Causes Excessive Salivation During Pregnancy?

In normal circumstances, approximately ½ quarts of saliva per day is produced by the salivary glands, but due to continuous and unconscious swallowing, the saliva generally doesn’t get noticed. Hence, if you suddenly notice more saliva then either you are producing more saliva or swallowing less-or both.

What Can I Do About It?

Though there is not much that can be done about excessive salivation during pregnancy; you can take some precautions to control it to some extent:

If excessive salivation is interfering with your normal life or disturbing your sleep, it is recommended that you consult your physician as there are medical treatments available that can help your problem.

What Others Have to Say about This Issue?

I am having the problem of excessive saliva during pregnancy. I am 12+ weeks pregnant. I have tried sipping on water frequently at regular intervals and it helps. I also put few fennel seeds in my mouth, it also controls the saliva, though not totally solve the problem.

I am having my third pregnancy and have had this problem of excessive salivation in all my pregnancies. In my second pregnancy, I tried hard candies and gum and they work, especially in public, because you just have to say that you want something sweet. I will stick to candies and go sugarless as they work for me.

This is my second pregnancy and I am in my 10th week. I also have this problem of excess saliva production. When I go out in public I chew gum or carry a water bottle or drink which I sip slowly when I feel that the saliva has started to accumulate in my mouth. It helps a lot with the saliva secretion. 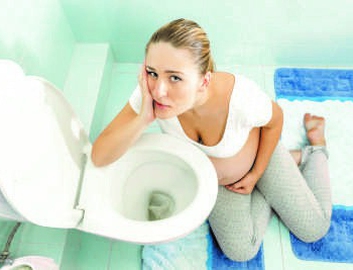 How to Control Vomiting During Pregnancy